To help crews expedite snow removal, the Department of Public Works is reminding residents and businesses to observe parking regulations during and after storms.

Once snow begins to fall, a parking ban is in effect on the even-numbered side of most roads, unless one is posted with a “No Parking” sign on the odd side.

The ban is in effect for 36 hours after a storm. Residents are urged to park in driveways or designated private lots.

Per the “Severe Weather” parking ordinance under Chapter 188 of the West Haven Code, police will tag and tow vehicles violating the ordinance at the owner’s expense. Violators will receive a $100 fine.

During an official snow emergency declared by Mayor Nancy R. Rossi, a parking ban will run from 11 p.m. to 7 a.m. on both sides of Campbell and Savin avenues, Morgan Lane, Elm Street, Meloy Road, Second Avenue from Elm to Beach streets, and Main Street from Savin to Washington avenues.

Residents and businesses are reminded to shovel their sidewalks within 24 hours after a storm or face a $25 fine “for each day that the violation persists.”

According to the “Removal of Snow and Ice” ordinance under Chapter 195 of the West Haven Code, people are given 24 hours to remove snow from sidewalks on and bordering their properties. Violators are subject to the $25-per-day fine, which is enforced by the Police Department, the ordinance states.

To report a complaint, call the department’s nonemergency line at 203-937-3900. Complaints are kept confidential.

Also, plowing or blowing snow into city streets is prohibited, and violators are subject to a $60 fine for each offense, per the ordinance.

Snow removal around mailboxes is the property owner’s responsibility. 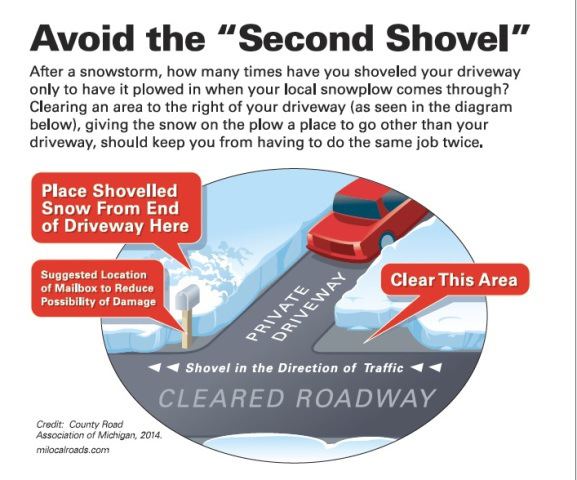